A re-trial for Cheong Chun Yin.

The above video was shot at the press conference called by the Save Vui Kong Campaign last weekend in Kuala Lumpur to highlight the case of Cheong Chun Yin, a Malaysian from Johor Bahru on death row in Singapore. 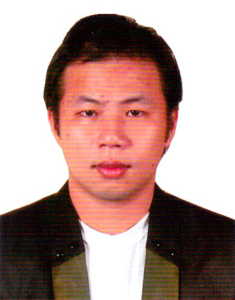 In June 2008, Chun Yin arrived in Singapore’s Changi Airport. He had just come from Myanmar. He was carrying a black suitcase, which he believed contained gold bars that he was smuggling for a friend, who wanted to evade tax. He handed the bag over to a woman at the airport before leaving.

Chun Yin was later arrested while alighting from a taxi in Arab Street. He did not have the suitcase on him. He was then taken to a flat where the suitcase was found. The “gold bars” that he thought had been hidden in the lining turned out to be about 2.7kg of heroin.

During his interrogation, Chun Yin cooperated with the Central Narcotics Bureau (CNB) officers and gave them the name, physical description and phone numbers of his contact, a man who had gone by the name of “Lau De”. However, the CNB did not make any effort to investigate.

Chun Yin was convicted and sentenced to death (under the Mandatory Death Penalty stipulated in the Misuse of Drugs Act) by High Court Judge Choo Han Teck. In his written judgement, Judge Choo stated, “It was immaterial that the CNB did not make adequate efforts to trace ‘Lau De’ or check on his cell-phones.”

The Court of Appeal upheld the verdict in October 2010.

Till this day, Chun Yin insists that he had believed he was carrying gold bars. He did not cut open the lining of the bag as he did not want to be held responsible should anything have gone missing.

If the CNB had attempted to trace “Lau De”, they could have corroborated Chun Yin’s story, and possibly even traced and arrested the whole network, thus cutting off the drug supply at the source. However, the CNB made no effort to do so.

Since it is a matter of life and death, and since the death penalty is irreversible, Second Chances urges the Singapore government to grant Chun Yin a stay of execution, and to look into his case again. Every effort should be made to thoroughly investigate a case before a sentence is handed down. We cannot afford to get it wrong, because we will never be able to bring a person back to life after he/she has been executed.

Please give Chun Yin a second chance to have his case examined, and all the evidence checked and investigated.

11 thoughts on “A re-trial for Cheong Chun Yin.”